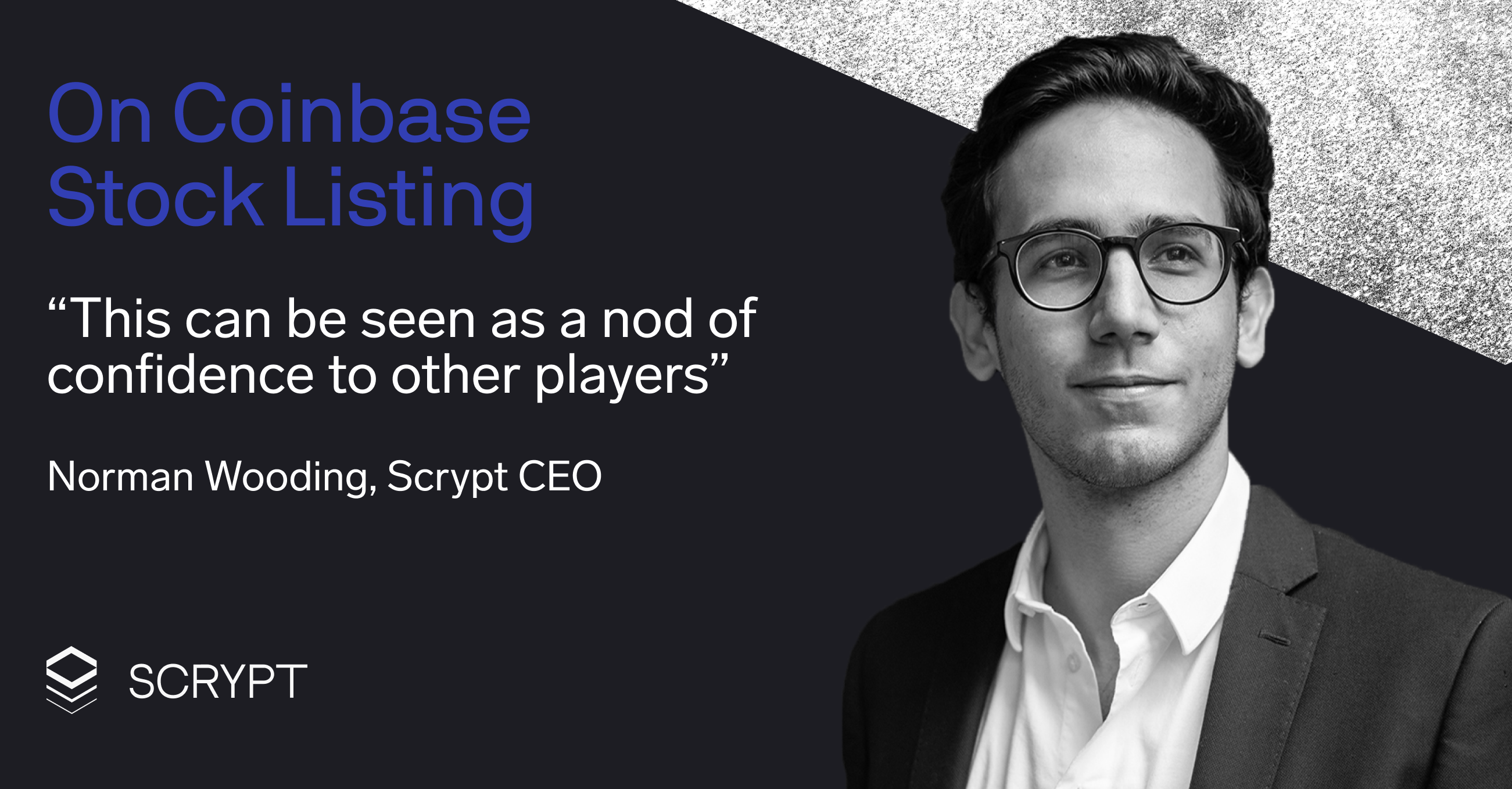 Coinbase’s direct listing will most likely set a precedent for other crypto firms, as COIN stock may rival Bitcoin for popularity.

After an extended period of speculation as to when Coinbase would finally go live with its public stock listing, the United States-based cryptocurrency exchange released a blog post earlier this month stating that it had registered with the U.S. Securities and Exchange Commission to hold a direct listing on Nasdaq on April 14.

In this regard, Coinbase’s Class A common stock is expected to trade on the Nasdaq Global Select Market under the ticker symbol “COIN.” The cryptocurrency exchange had previously set its eyes on a March listing, however, after signing a settlement deal with the U.S. Commodities and Futures Trading Commission worth $6.5 million last month — regarding the alleged improper reporting of exchange volume and “self-trading” — the exchange had to delay its plans.

Coinbase executives had submitted a registration draft with the SEC all the way back in December 2020. However, due to certain issues, the exchange announced that it would be pursuing a direct listing through Nasdaq in early 2021. It was estimated that Coinbase will be valued at around $100 billion at the time of its listing.

Will Coinbase’s listing leave an indelible mark on the crypto market?

Since its launch nearly a decade ago in 2012, Coinbase has transformed into one of the largest cryptocurrency exchange platforms in the world, with Coinbase Pro itself handling more than $3 billion in daily transaction volume.

Alex Mashinsky, CEO and founder of cryptocurrency yield earning platform Celcius, believes that the Coinbase listing can be viewed as further validation of the technological and monetary proposition put forth by this space as well as a major PR opportunity for the entire ndustry, telling Cointelegraph:

“Coinbase has more users, draws more revenue than many of the largest Wall Street players, and is more profitable than any major exchange. This validation puts most skeptics at a crossroads having to reevaluate their denial and frustration with the disruption coming at them from all sides.”

Maren Altman, blogger and analyst at Quantum Economics, believes that Coinbase’s listing will invite many traditional investors who might have felt uncomfortable buying cryptocurrencies but can still reap some of the benefits of the emerging space. In her view, the move is likely to spur confidence in “exchange tokens,” or coins directly connected to exchanges, such as FTX’s FTT or Binance Coin (BNB).

Norman Wooding, founder and CEO of crypto asset management firm Scrypt, told Cointelegraph that Coinbase’s listing can be seen as a huge milestone that will bring increased validation and investor confidence to the crypto ecosystem as well as motivate regulatory bodies — especially in the U.S. — to work more in collaboration with crypto companies.

In his view, there’s no other company quite like Coinbase, especially when considering the firm’s size, valuation and revenue-generating capacity. Wooding pointed out that the cryptocurrency exchange’s recent Q1 report is extremely significant, as it reveals the names of certain institutions that hold their assets with Coinbase, adding:

“This can be seen as a nod of confidence to other players who have been hesitant to enter the scene. It will entice others to follow suit in terms of adopting and offering digital asset services as we have recently seen from the likes of BNY Mellon, Goldman Sachs and State Street.”

While there is no denying that Coinbase’s direct listing will bring mainstream attention to the crypto sector, Kosala Hemachandra, founder and CEO of MyEtherWallet, told Cointelegraph that he is curious to see where the firm will be heading from here on out. “Can they pave the way so Coinbase stocks are actually tradable on Ethereum? I think that’s the way to prove how powerful blockchain can be,” he added.

On a somewhat similar note, Brad Kam, co-founder of Unstoppable Domains — a San Francisco-based company building domains on blockchains — added that since the mainstream crypto adoption is starting to happen at an increased pace, platforms like Coinbase need to ensure that they have all the right tools to make access easy and intuitive for everyone, adding: “Millions in funds have been lost due to typos in hard-to-read wallet addresses or simply sending the wrong coin to the wrong wallet.”

Wooding believes it will be interesting to see how Coinbase’s future quarterly reports compare, especially during bear markets and in the face of increased competition. That said, he thinks any pessimism in this regard is significantly outweighed by increasing adoption and institutionalization of digital assets.

Lastly, the true test of time for Coinbase, in his opinion, will be to see the company’s evolution as a centralized exchange, especially in the face of rising demand for decentralized finance products.

As news of Coinbase’s listing continues to garner more attention, many believe that other exchanges will also most likely follow suit. In this regard, the California-based digital asset trading platform Kraken announced that while the firm is unsure of when it will go public, it will go through a direct listing rather than the special-purpose acquisition company route.

Providing his views on the subject, Kam pointed out that other exchanges are already joining in on this trend, alluding to trading platform eToro that recently announced its plans to go public via a SPAC merger, adding: “Kraken is discussing going public in 2022. I am sure that many other crypto companies are quietly doing their homework to weigh the pros and cons.”

Related: Want to buy Coinbase stock now? Here’s how to get exposure before April 14

Altman, on the other hand, believes that Coinbase’s listing will not only lead to major crypto exchanges going public in the near term but will also allow other companies operating in this space to explore such options, adding: “Both newsworthy events of public listings of exchanges and Bitcoin ETF filings demonstrate how crypto is here to stay.”

“Coinbase has more than doubled their monthly transacting users over the last quarter. Not only that, they are approximately $100 per month/user now when it was recently at $34. They are licensed in 30 countries, and more than half their volume and 70% of revenue is already from institutions. They have 11% share of the crypto market.”

Thus, with so many digital asset exchanges performing exceedingly well over the last couple of years, it stands to reason that it is only a matter of time till we see an increasing number of crypto firms going public.

Thanks you!
Go Homepage
Please enter a business email 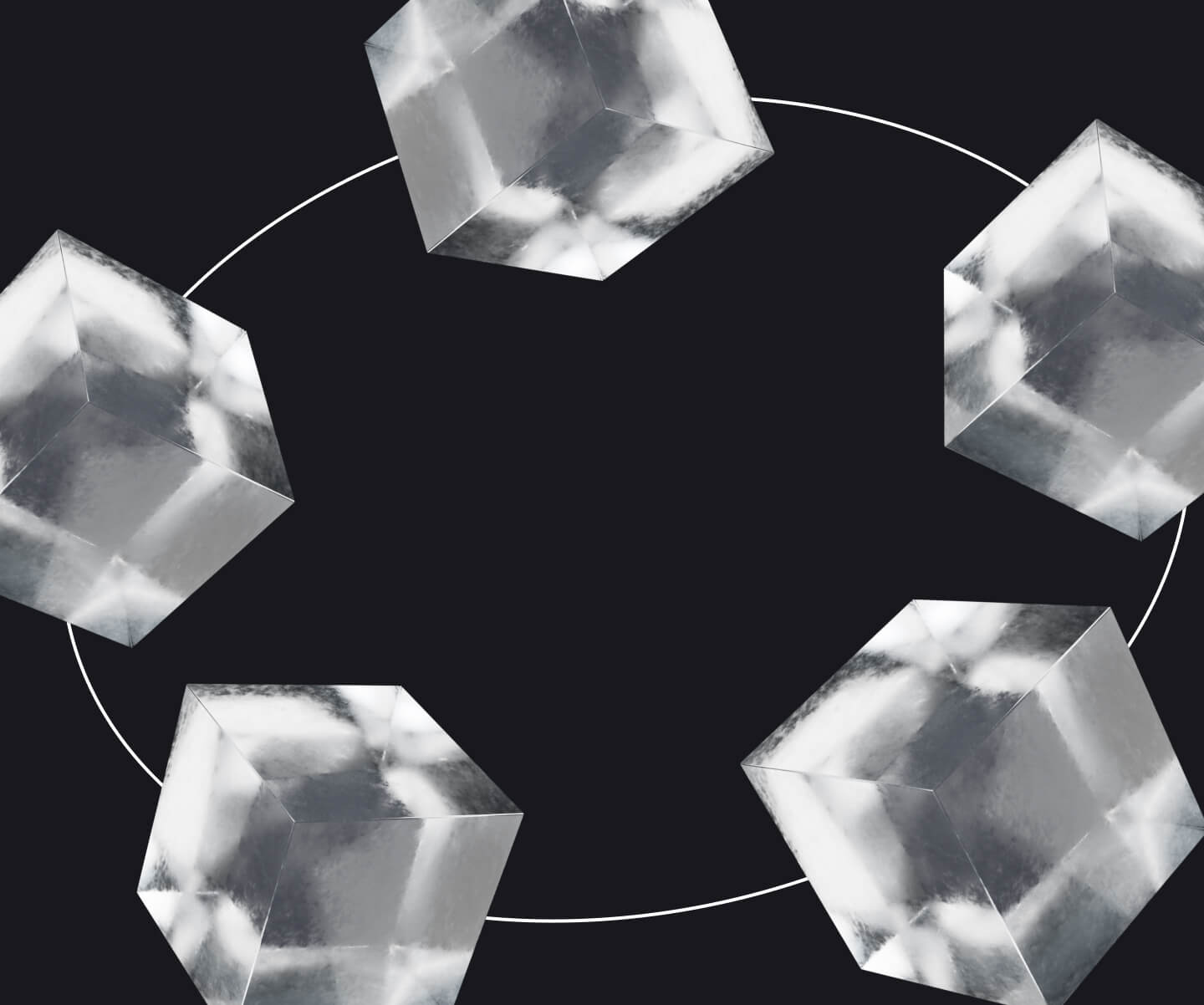 This website and its pages are not directed to, or intended for distribution to or use by, any person or entity who is a citizen or resident of, or located in, any locality, state, country or other jurisdiction where such distribution, publication, availability or use would be contrary to law or regulation or is prohibited without obtaining the necessary licenses or authorizations and such licenses or authorizations have not been obtained.

Scrypt Asset Management AG assumes no liability for the unauthorized use of this website. The information published on this website does not constitute a recommendation or an offer or a solicitation to buy or sell digital assets. The information and opinions published here are provided solely for personal use and for advertising and informational purposes; they can be amended at any time without notice.

Scrypt Asset Management AG
Accept Terms of Use and proceed

The rich text element allows you to create and format headings, paragraphs, blockquotes, images, and video all in one place instead of having to add and format them individually. Just double-click and easily create content.

How to customize formatting for each rich text

Headings, paragraphs, blockquotes, figures, images, and figure captions can all be styled after a class is added to the rich text element using the "When inside of" nested selector system.